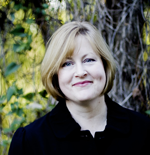 Lisa grew up on Long Island, outside of New York City. She used to ride her bike to Jones Beach where she could sit on the sand, watch the Atlantic Ocean, and smell the salt water. Although, as an Army wife, she has never lived near any ocean again, it is still her most favorite place.

She married her wonderful husband, John, 28 years ago when he was newly commissioned second lieutenant. Their first duty assignment was in West Germany (yes, this was before the Berlin Wall came down and there was still an East Germany!) followed by assignments to South Korea, Washington, DC, Virginia, Maryland, Kansas, Pennsylvania, and Texas  - eighteen homes in the past twenty-eight years.

Along the way she finished college at the University of Maryland, University College in Germany and then graduated from Law School at the American University in Washington, DC. She then had the privilege of serving our nation as an Army JAG officer and a special assistant United States Attorney (Baltimore). When the blessing of children came, she became a full-time mom (with a little adjunct professor work on the side) and active in the amazing ministry of Protestant Women of the Chapel (PWOC). PWOC is a Christian ministry to military spouses and female military members around the world with over 182 chapters and 10,000 women. Lisa has taught Bible studies, served on local boards, regional boards, and the International board for the past sixteen years. When she was a brand new stay-at-home mom, this ministry was the encouragement she desperately needed.

Lisa is currently enrolled in Dallas Theological Seminary, Washington DC campus, pursuing a Master of Arts in Biblical Studies. She loves to speak and teach about the grace and love of the Lord Jesus Christ at women’s conferences, retreats, and programs all over the world.